Lost 66 pounds – from Obese to Athletic.

After being heavyset basically all my life, I made a change 2 years ago. I was tired of having to lug around all those extra pounds, and despite playing football 3 times a week, I wasn’t feeling fit, and I was pretty heavy. Through the gym I was training at, I ended up with Martijn, and we immediately got to work. I didn’t have to think about it for long, and I saw it as a challenge.

We agreed to start with one session a week, and later on in the year it became once every two weeks and then once a month. We started with the basic exercises, and then combined them with more advanced exercises. After several months, I had lost over 30 pounds, and after a year, that number reached 66! People were always asking what I was doing, and I was being showered in compliments.

The combination of a weekly dose of strength training with Martijn and my changing food patterns eventually led to spectators at my football club telling me I was flying across the field. For someone who’s always been heavyset, that’s the best compliment imaginable.
I’ve reached my goal, lost 66 pounds, and I never want to go back to the way I was. Martijn showed me that you can achieve anything, as long as you make a clear plan and think ahead, step by step. An important personal achievement for me, apart from the weight loss, is running the Leiden 10k. A year ago, that would never have been an option.

And of course I set my girlfriend up with Martijn as well, and she’s had a flying start. 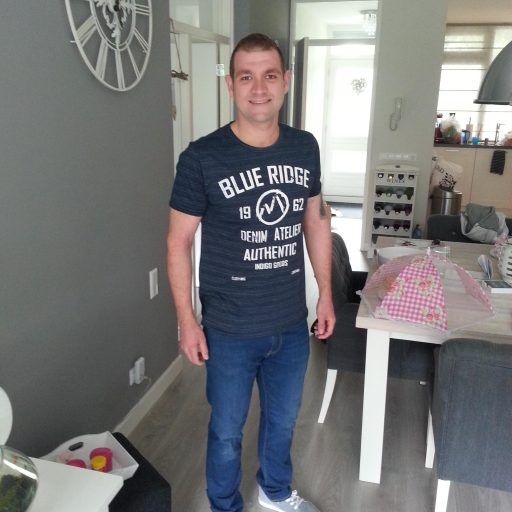 Recent Comments
Back To Top